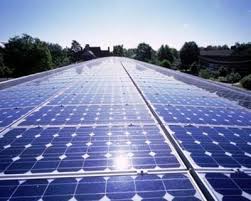 Tesla’s various solar roof products will become available for order for the first time starting in April, CEO Elon Musk revealed in a tweet yesterday.As far as when deliveries and installations begin, that hasn’t been revealed yet, but presumably sometime by the middle or so of the year — or that’s my guess anyway. Reports are that volume production is expected to be achieved sometime this year. Notably, costs have yet to be revealed. Rather than go into too much depth discussing the company’s solar roof tiles themselves, I’ll simply note here that they are pretty impressive looking. Source: CleanTechnica (care of #ElonTweets), full article HERE.

MAS²TERING: Flexibility management demonstrated to show the need for the MAS platform solution